I came across this wonderful short poem by the English poet- William Ernest Henley, recently. This poem has been very influential and has acted as a powerful message to many people, political figures like Nelson Mandela, Aung San and quoted time and again in many films, TV shows, novels and newspapers.
The word 'Invictus' means unconquered or undefeated in Latin, and it represents Henley's struggle with tuberculosis, which he developed while he was still very young. 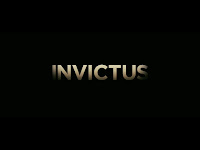 Out of the night that covers me,
Black as the pit from pole to pole,
thank whatever gods may be
For my unconquerable soul.

In the fell clutch of circumstance.
I have not winced nor cried aloud.
Under the bludgeonings of chance.
My head is bloody, but unbowed.


Beyond this place of wrath and tears
Looms but the Horror of the shade,
And yet the menace of the years
Finds and shall find me unafraid.


It matters not how strait the gate,
How charged with punishments the scroll,
I am the master of my fate:
I am the captain of my soul.

This poem illustrates the true meaning of courage (as Henley understood it), even in the face of death, and creates an image of holding on to one's dignity, despite the obstacles life places before us
William Henly has depicted his life in this poem. It represents the moments of pain and struggle that created many obstacles for him. Although he did indeed face many challenges, in time, he realized he was the sole controller of his fate. By writing this poem, he conveyed a message with bravery and perseverance, which he applied to his own life as well. Through Invictus, Henley demonstrated the message of determination, courage and the will to survive on his own.