What you didn't know about Mark Zuckerberg? 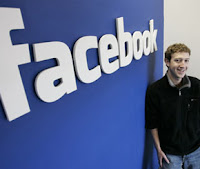 Mark Zuckerberg is the name that is synonyms to Facebook. He is the young nerd who transformed social media into a revolution, a high end business, a hub for entertainment.
A college dropout from Harvard University went on to create the social networking site facebook along with his friends Dustin Moskovitz, Eduardo Saverin, and Chris Hughes in the year 2004, which has turned to be a cult today.
Zuckerberg was ranked No.1 on the list of the Top 100 'Most Influential People of the Information Age' by Vanity Fair 2010 and was voted among the world's '50 Most Influential Figures by New Statesman's' annual survey 2010.
Let's get a sneak peek into some of the interesting facts about Mark Zuckerberg.
1.Born on May 14th 1984
Mark was born on the very day and year when Domain Name System- DNS an internet service that translates domain names into IP addresses took place.
2. Private School
Mark never attended any public school, he attended only private school. However that did not stop him to make philanthropy towards public schools. Mark donated $100 million to the Newark public school system, New Jersey in October 2010.
3. Languages
Mark can read and write at least five languages with ease. Zuckerberg listed four non-English languages he could read and write:
French, Hebrew, Latin, and ancient Greek.
4. Atheist
He is Jewish by descent and atheist by choice. But most people of Jewish descent consider themselves to be Jews even if they don't practice it.
5. Valuable player
He was named as the most valuable player in his high school fencing team. At Ardsley High School, Zuckerberg had excelled in the classics before transferring to Phillips Exeter Academy in his junior year, where he won prizes in science (math, astronomy and physics) and Classical studies (on his college application.)
6. Billionaire
He is the youngest billionaire in the world. In Forbes list for the 100 Richest people in the world for the year 2011, Zuckerberg holds the 4th position with property worth $17.5 billion.
7. Color blind
Facebook is blue because Mark Zuckerberg is red-green colorblind. Blue is the color he see best; therefore, blue is the dominant color on all Facebook pages.
8. Born in White Plains, New York
Mark Zuckerberg was born and brought up in White Plains, New York, he graduated from Philips Exeter Academy high school.
9. Sandals
Mark Zuckerberg is a really different personality from his league. Unlike all his counterparts he is hardly seen in formal attire or dressed up for an occasion. It is quite unusual that he wears rubber sandals to board meetings.
Courtesy: SiliconIndia
Scripted by Unknown at 2:07 PM